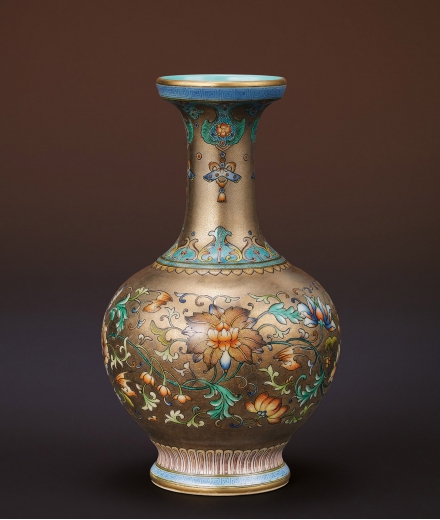 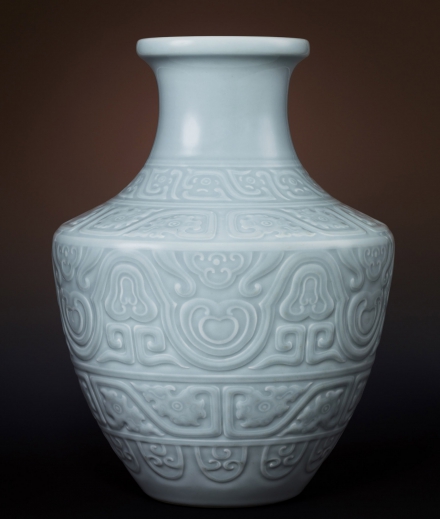 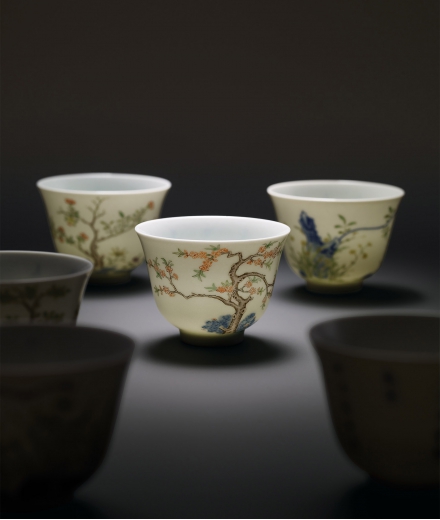 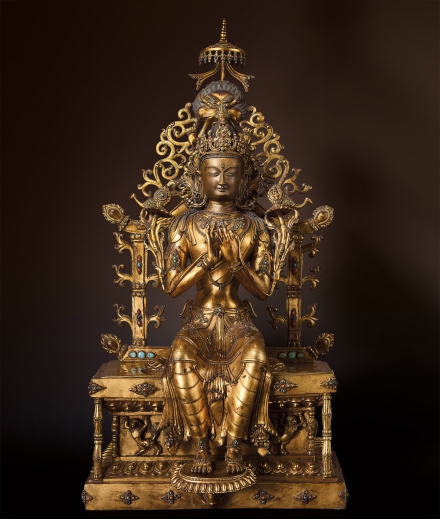 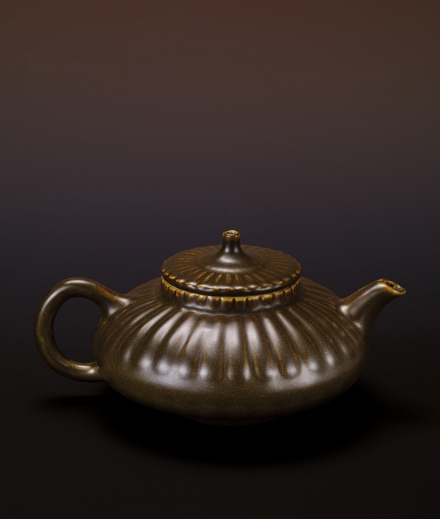 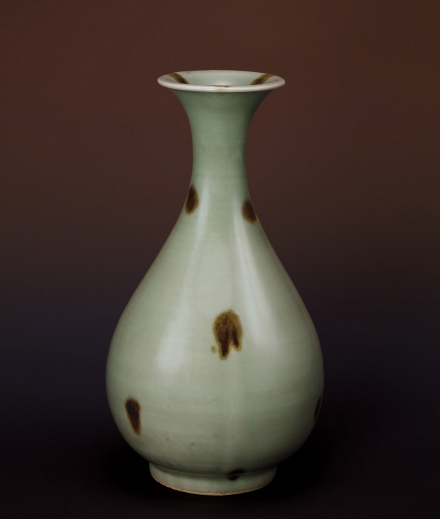 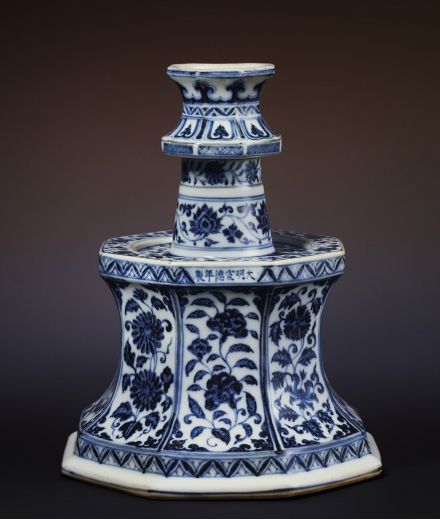 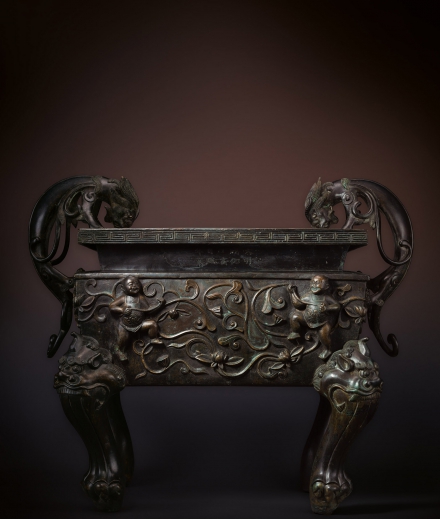 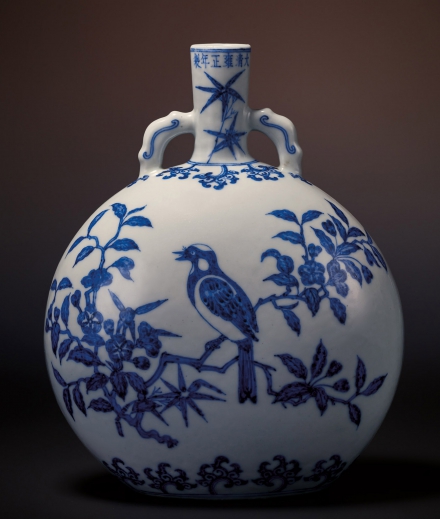 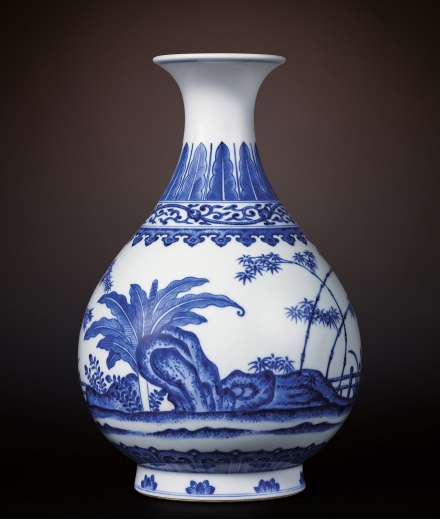 A FINE AND RARE BLUE AND WHITE 'BAMBOO, STONE AND PLANTAIN' YUHUCHUN VASE
MARK AND PERIOD OF QIANLONG

E-Catalogue Register to Bid
Overview
This session presents a strong lineup of ten magnificent Chinese art treasures meticulously collected by Kudeken Kenji (久手堅憲二), a brilliant Japanese collector. Kudeken Kenji (1895-1987), born in Naha, Okinawa Prefecture, Japan, graduated from Tokyo Kokugakuin University and founded "Nagakura Shoji Co., Ltd" in 1926. With his close relationships with the royalties and aristocracies he was able to acquire many rare pieces of art, especially in the field of Chinese art.

In particular, two of the lots presented in this sale had been in the hands of Matsunaga Yasuzaemon, the respected Japanese businessman nicknamed “demon of power,” with his specially made lacquer boxes. One of them is AN EXTREMELY RARE AND FINE SET OF TWELVE WUCAI 'MONTH FLOWER' CUPS AND A CINNABAR LACQUER BOX AND COVER, MARK AND PERIOD OF KANGXI, which is not even available in the National Palace Museum in Taipei, is a rare tea set. The other lot, AN EXCEPTIONAL AND RARE 'CHANG GUAN' CHRYSANTHEMUM-FORM TEAPOT AND A LACQUERED WOOD BOX, MARK AND PERIOD OF YONGZHENG, gifted by Wada Eisaku to Mr. Matsunaga Yasuzaemon, is a rare piece with Chang Guan technique typically seen in Yongzheng period.

In addition, A MAGNIFICENT AND VERY LARGE CLAIR-DE-LUNE-GLAZED 'DRAGON' WINE VESSEL, LEI, MARK AND PERIOD OF QIANLONG, with its tranquil and calm color, shows a typical Song ceramic style and the atmosphere of the Qianlong prosperous era. AN EXCEPTIONALLY RARE AND IMPORTANT BLUE AND WHITE 'LOTUS SCROLL' OCTAGONAL CANDLESTICK, MARK AND PERIOD OF XUANDE, is the only known piece with mark. Less than 10 known similar pieces currently exist in
the Palace Museum in Beijing, Shanghai Museum and British Museum, etc. The Xuande mark has not yet been seen in similar pieces in major museums, only one piece with Xuande mark is in the collection of the Jingdezhen Institute of Ceramic Archaeology, but it is obviously damaged, which shows that it is extremely rare in existence.

The extremely rare pieces presented in this sale show the brilliant heritage of Chinese culture, through the hands of Kudeken Kenji, are available to the connoisseurs of Chinese works of art again.